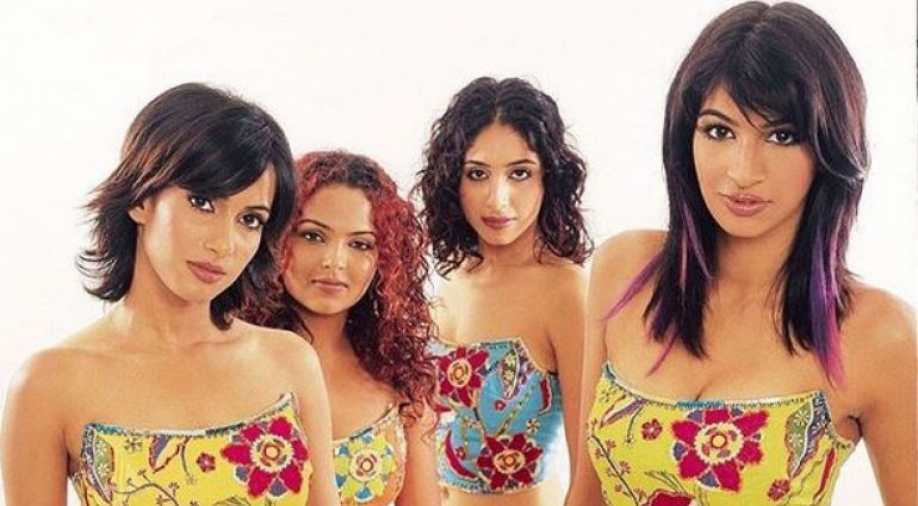 After 17 long years, my all-time favorite band, Viva, had a reunion last week (they reprised their second single, Jago Zara) which made me super ecstatic. Viva, finally, published their first song as a group, after their kickass second album #VivaReloaded, that released way back in 2003. 17 years have gone by, I have changed multiple cities, finished my post grad, started working but my love for the band remains the same. Viva too, sounds the same and has the same verve and sass that they exuded in 2003. I have always craved for their REUNION and always knew they were going to kill whenever they do and they did not disappoint. Their reunion for me is as big as the Beatles reuniting, it’s huge!

My tryst with Viva started in 2002, when I was in 5th grade and lived in a village in Jharkhand. I was (I still am) a huge pop culture fan and was glued to my TV all day. Around the same time, Channel V launched this new documentary style reality talent hunt called ‘Popstars’, something that was never attempted in India before. It was a girls-only competition that was scouting for a 5-member band. I had never seen anything of this sort before and soon it became my favorite show. I, being super competitive myself, loved the fact that the competition was cutthroat and there was no public voting or dramatic judging involved. Ironically, the show for me actually became more entertaining after the winners were announced as it became more personal. Hereon, the show let me be a part of the band and their day today happenings. I was now a part of their recordings, the sittings, the rehearsals, the video shoots, and also the naming of the band. Viva is special to me not only because of the two kickass albums they made but also for the fact that I too was a part of their journey from DAY 1. It was a reality show in the truest sense.

Coming to the girls, I adored them. They were a bunch of super confident people who defined coolness for me. They were aspirational. They looked a million bucks, they were great performers and boy, they could also sing big. Also, their voices were very different from one another, yet blended beautifully with each other. For me that was and is the band’s USP. I have to give it to the judges that they selected the right people. The entire team never compromised with the quality, starting from the auditions, which ensured that their debut album was a smash. I was such a huge fan that I literally prayed for the album’s success. When it sold more than Adnan Sami’s Tera Chehra (which was a rage at that time) I felt super happy. I also bought the coveted audio cassette and played it on loop for days. And when they came up with their second album and wrote their songs themselves, I felt proud.

Viva is also iconic because we can actually divide the entire IndiPop era into two halves, as pre-Viva and post-Viva. Viva was arguably the peak of Indipop as after they disbanded the entire industry went downhill. They are the last reference point for legit Indian Popstars even after the digital boom we have experienced lately. Even the reality shows that were releasing music albums as part of the winning prize, are signing playback contracts now. Bollywood too isn’t producing original content these days. The entire music scene in India is going through its worst phase and is totally uninspiring.

Coming back to the songs, I love all Viva tracks, but my current favorite is ‘Tumko Hai Agar pyar Mujhse’, composed by Ashu-Dhruv. I love humming the song, it’s super catchy. Also, the two perennial favorites are the empowering ‘Jaago Zara’ (which the band reprised in the reunion) and the electrifying ‘Hum Naye Geet Sunaye’. I also listen to ‘Ye Pyar Nahi To Kya Hai’ a lot. I love that video, it’s super edgy and resonates so well with the band. Also, they wrote the song themselves, that makes it even more special. At different points, I’ve also listened to ‘Chori Chori’ and ‘Jahan Ho Pyar Ka Mausam’ on loop. And the Sandeep Chowta (my favorite composer) track, Jaa Sakte Ho too has killer beats. They were together for only 2 years and still managed to give so many musical gems.  No wonder they have such high recall value.

As a fan I have also followed their solo careers and really liked them as solo performers. All of them have come a long way in these 17 years.

I love the the fact that all four of you are not diplomatic and voice your opinion and stand for the right. I have always wanted to blog about you girls, but the Ashish Kate interview was so well written that I held myself back. But I had to do this after the reunion video. I hope you like it. Viva was and always be the most iconic and my most favorite band. Also now that I live in Mumbai, I hope I meet you girls someday. #VivaFanForever.

(Disclaimer – I do not own the rights to the images displayed on the page. The rights remain with their rightful owners. The images are sourced from various public online sources to provide references to the girl band Viva.)